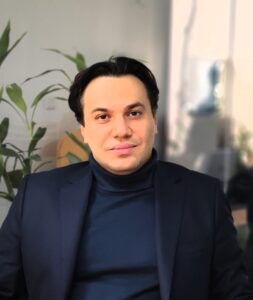 Some theorists think that the beginning of “globalization” relates to the ancient empires of Iran and Rome. But this phenomenon is often considered synonymous with the industrialization period of the world; based on this, globalization has economic, sociocultural and political aspects which have led to cultural changes, emphasis on individualism and consumerism, changes in aesthetic patterns and changes in methods and techniques as well as information transfer.

The economic aspect of globalization is towards the convergence of international products and markets. On the other hand, its political side focuses on the disappearance of political borders, and its financial side focuses on the trend towards global culture, lifestyle change and attention to individuality. In this article, the emphasis is on the cultural effects of this phenomenon.

Critics count the following cultural effects of this phenomenon:

The emergence of mass culture; the destruction of indigenous cultures and identities; Identity Crisis; Consumerism; Unification of language, values, tendencies and leisure time.

And the supporters present the positive cultural effects of globalization as follows:

The emergence of similar semantic and identity systems; creating new identities in combination with native identities; strengthening and integration of identities, diversity of identities (bricolage); Creating a unique individuality within a virtual electronic structure; changing the attitude towards oneself and creating a different atmosphere; Forming new social and identity-building networks; Creating new values and unique social atmosphere.

The beginning of the phenomenon of globalization in Iran

This phenomenon entered Iran almost in the second half of the Naseri era (1870) and at the same time due to new technology and modern western thinking.

During this period, we witnessed huge cultural changes in Iran, and it can be said that it was during this period that Iranian culture underwent the most significant transformation, which has continued until now and has intensified with the revolution of information transmission.

In my opinion, if we want to categorize the main periods of cultural development in the history of Iran, we can let’s point out the following:

In the following, I will discuss the impact of this phenomenon on Iranian music. As critics of globalization have suggested, globalization leads to the emergence of mass cultures and homogenizes culture and cultural values. With the commodification of cultural works and mass production, this phenomenon emphasizes consumerism, and nostalgia fades, disrupting local and indigenous identities.

On the other hand, postmodern concepts emphasize individualism too much and have caused music to be so that every person has the will to produce a cultural product; This is possible for him. Even for musical goods, no instrument is needed, and no experience and knowledge is required, and people can produce and supply musical goods with a smart mobile phone. That is, every person in his individual lifestyle can be a fan or producer of a type of music that has never existed before.

Just as you don’t need an instrument to make a song, you don’t need a good and expressive voice to sing. Something that has long been necessary to enter the field of singing. Thanks to audio technologies, people can sing in one step with a distorted voice and out of the note, and the software technician corrects their voice. Or even you read, and someone else’s voice is heard!

Although the protest of the cultural elite has followed this issue, it has been welcomed by the masses and the general public. This is the point that the proponents of globalization believe.

It is an advantage for the masses that a person who does not know how to play an instrument or does not have an outstanding voice can enter the field of music, become famous and achieve a new identity. Or reach a new identity and individuality in the virtual space, but take advantage of its advantages in the real world. So, it is not necessary to learn musical or vocal lines or note reading, etc., like in the past.

Cultural eclecticism plus sound technology has provided an environment where any person or group can present fusion music and call it a different cultural product and introduce themselves as creators!

Virtual networks also allow you to find fans for any type of music, even if you use rhythmic obscenities instead of poetry. Or you can even turn a person’s speech into music by creating background rhythm.

But the question is, did this phenomenon have an advantage for Iranian noble music?

One day, the intellectuals of the Nasser period said that the Persian language could not enter the modern world of the West and that the Iranian script should be changed (the same thing that happened to Turkey).

Even today, many people believe that traditional Iranian music cannot become global. Yes, if globalization means compliance with the standards and tastes of the mass, then this is true, but the problem here is that it should be noted that Iranian classical music is reserved for the cultural and social minority (elite), and it has the same status as classical music in the West.

Unfortunately, in Iran, because some people do not have the innate talent or patience to learn great music, they have easily taken the global wave and become famous. Unfortunately, they have made society’s musical taste more absurd, and the elders have marginalized music. Unfortunately, ruthless competition is another result of globalization that has plagued the Iranian music greats. 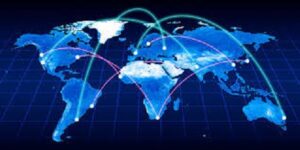